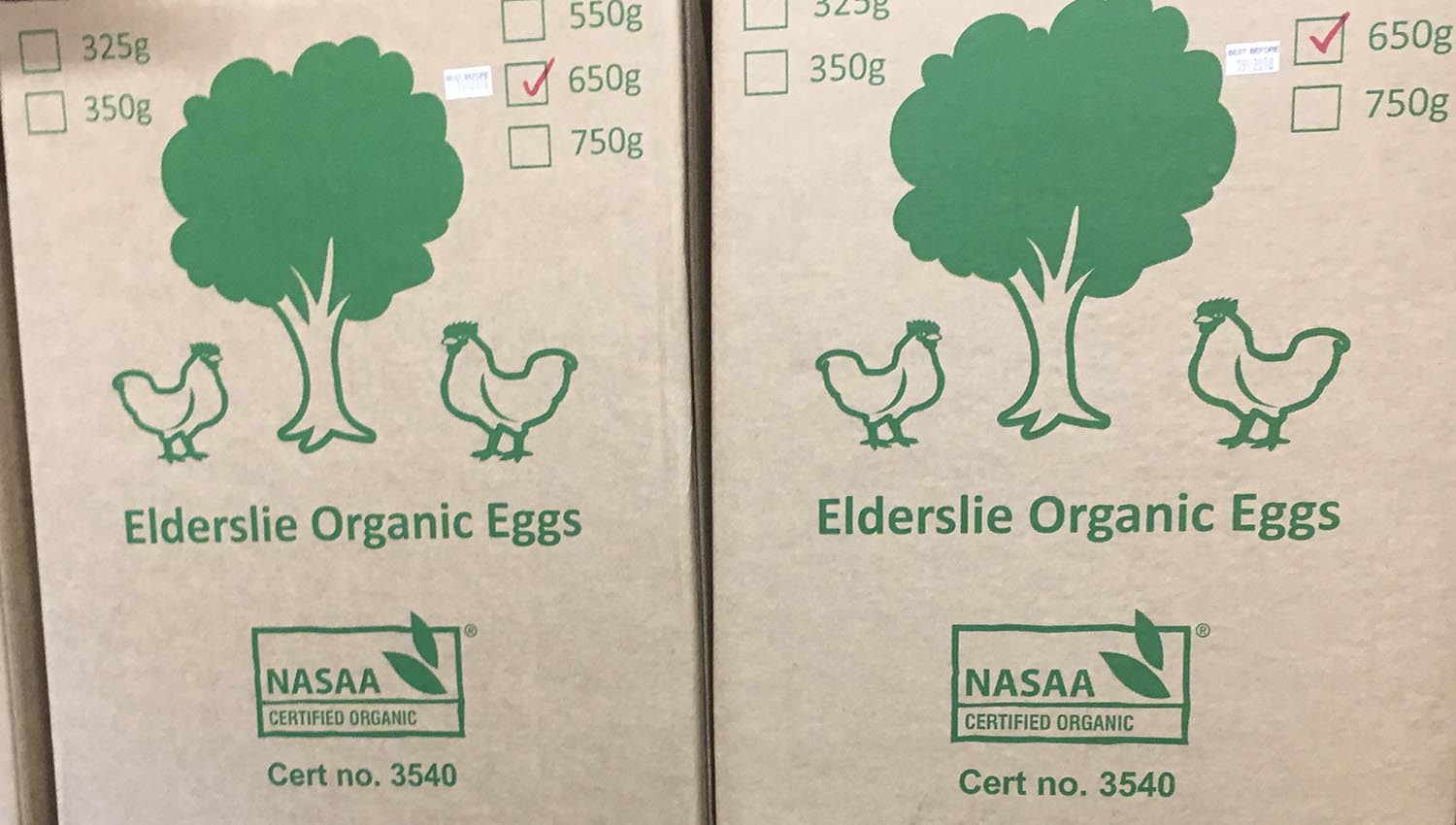 Why do people buy organic?

Irrespective of the Certifier involved, people are motivated to buy certified organic food because of a belief in the health benefits, benefits to the environment, as well as access, price, control over food choices, food safety; and social and socio-economic status.

These consistent themes are revealed in numerous studies from around the world. For example, Nandi et al 2016 found five latent motivations or set of consumer concerns as “food phobia” (health),” “environment,” “humanity,” “healthy eaters,” and “control”. Other research suggests that price, availability of organic products, product information and the subjective opinions of others are important determinants of consumers intent to buy organic products,’ Lodorfos G. N., Dennis J. 2008

Respondents to surveys in Croatia and Slovenia identified the most important motives for buying organic food products as the health value and care for the environment; while in Bosnia Herzegovina the idea of return to nature, health value and safety of organic food products were important. CerjakM et asl, 2010. Quah Q, Tan A. K. G. 2008, reported on attitudinal characteristics for Malays and found food-safety concerns, sick friends/family, health-supplement expenditures, and those who consider price or availability to be important attributes. The researchers also found that the Chinese market consists of older female consumers with fewer children, who are concerned about food safety and who acquire health supplements regularly. Consumers of Indian/other ethnicity were found to be solely motivated by being users of health supplements.

A thorough review of the existing literature (Anisimov T 2016) during 2016 on consumer buying behaviour of organic foods identified healthism, hedonism, and trust among some factors that enhance consumer experiences with organic foods; while in 2010 Dettman R. L., and Dimitri C., found that households with high levels of education are more likely to purchase organic vegetables, while the probability of purchasing organic vegetables is lower for African Americans and for older households.

Do organic labels make a difference?

Yes, but no studies report that one organic label motivates consumers more to buy organic product before all others. People all over the world buy certified organic produce because it says ‘Certified Organic’ and represents a credible internationally recognised quality assurance program.

Consumers are not involved in decisions about the choice of Certifier or the use of their label. Importantly, decisions to use an organic certifier’s label are made either by certified producers who supply directly into consumer markets, or processors who combine ingredients to make value added products.

Studies show that being Certified Organic and displaying a certification label has a direct impact on the perceived benefits of organic food. Kiss M., Kun A. 2015, found that organic’ labels can significantly modify consumers’ perception and evaluation of chocolates with every attribute….fragrance, healthiness, calorie content and price. The researcher also found that products with an organic label have a positive image that is transferred to the sensory and that bio labels can modify consumers’ perceptions (in the case of chocolates) in multiple dimensions.

Researchers in Italy found that increasing organic knowledge is of paramount importance to increase the attention paid by consumers to organic labels. Their findings also show that other factors explain the intention to purchase organic food products such as attitudes towards their purchase. Consumers with positive attitudes towards the purchase, are more likely to be willing to buy organic food. In particular, consumers who support buying organic foods are more likely to be willing to purchase them, Magistris T., Azeucena G. 2012.

What are the challenges for organic certification labels?

Research shows that there is a clear belief in the credibility of certified organic food labels, but underlying this, is a lack of understanding and confusion in Australia.

Unfortunately, unlike our major trading countries, Australian organic labels lack domestic regulation with a related national mark that speaks to the quality of Australian product, which contributes significantly to this confusion.

Importantly however, the beliefs in organic food and farming are not unfounded as emerging research is increasingly linking and environmental and health benefits to certified organic farming and food.

To improve the understanding and marketing of organic foods, clarity about what constitutes organic and better public education are the two overriding factors that emerge from consumer behaviour and perception studies. Looking more deeply we find that the organic sector in Australia still has a long way to go, in building the credibility and understanding of organic certification within our domestic market. Combined with cynical use of the word ‘organic’ to imply the health value of conventionally produced food, and attempts to promote one certification label over all others to consumers by some certifiers , adds to the confusion of consumers as to what constitutes third party bonafide organic food.

Undertaken during 2008, NASAA commissioned Newspoll to conduct a market research survey to investigate consumer opinion about the current certification system for organic food in Australia. A large proportion of consumers did not recognise or understand the organic certification symbols, and felt ‘burdened with a sense of “confusion”’. The results from the survey indicated that a vast majority (72%) of consumers surveyed would prefer the organic industry to adopt a new certification symbol as it would be ‘easier, clearer, and less confusing.

These findings are not unique. During 2015, William R. Jr. a market researcher with the firm Mintel found that over half of shoppers say they believe that labelling something as organic is “an excuse to charge more,” and more than one-third say they believe “organic” is just marketing jargon “with no real value or definition.” William reported that the biggest selling point for organics is the perception that the products are healthier, much more so than any environmental or ethical reason.

William also reported that consumers appear confused about the benefits of organics versus products labelled as natural, suggesting manufacturers have failed to communicate organic benefits to potential (for that matter, to current) consumers. William suggests that organic brands will need to address consumers in a more open and transparent way to maintain credibility in this confusing market.

Following the Marsh versus Baxter case the University of Sydney Law Journal 2015 published Organic Food Labelling in Australia: A ‘Murky Environment’ in Need of Reform, which was undertaken by Curtin University Law School Lecturer Christina Do.

According to Ms Do organic certification standards have a long way to go before they can be regarded as reliable. She found that the current co-regulatory framework within the Australian organic industry further perpetuates Australian organic consumers’ vulnerability as there is no legally enforceable standard enforced with respect to organic products intended for the domestic market. Unsurprisingly the current co-regulatory organic labelling regime in Australia appears to nurture consumer uncertainty, confusion and increases consumer vulnerability.

What is required to improve understanding of Organic Labels?

Ms Do concluded that the only solution is government intervention and regulatory reform.

Ms Do states that the paramount priority is the implementation of a national organic standard, with legislative effect, within the Australian organic industry. This is not new. Our contemporaries and trading partners, such as Europe and the USA have domestic regulation to back-up and provide assurance for their national marks.

In terms of marketing, attempts have been made to achieve a unifying organic identity mark for Australia’s organic sector, which would tell consumers here and overseas that the product was Australian and with that came a high level of integrity and quality. Previously, the Organic Federation of Australian (OFA) created such a mark, which was not put to the market. Other efforts have been made to provide assurances of Australian quality by the  Organic Industry Standards and Certification Council (OISCC) in 2016 created National Organic Mark for Australia.

Shortly after Ms Do’s report the Federal Minister for Agriculture at the time, initiated the Australian Organic Industry Working Group AOIWG through his Department with the view of creating a truly representative peak body. The goals were to achieve a peak body that could speak with one voice for the whole of the organic industry on key legislative and policy issues, and lead the use of a unifying Australian mark for certified organic.

NASAA has supported this process unequivocally. A national mark that is used in conjunction with Certifier’s labels, which is also supported by a unified Australian peak body are important developments for the future of the organic industry.